norden.farm uses cookies to track visits and to enable online ordering, some of which have already been set. If you continue to use the site, we'll assume you're happy to accept these cookies. View our privacy policy for more details.

We are updating how we communicate with our audiences. Let us know which communications you would like to continue receiving, otherwise you may stop hearing from us.
Update my preferences No thanks 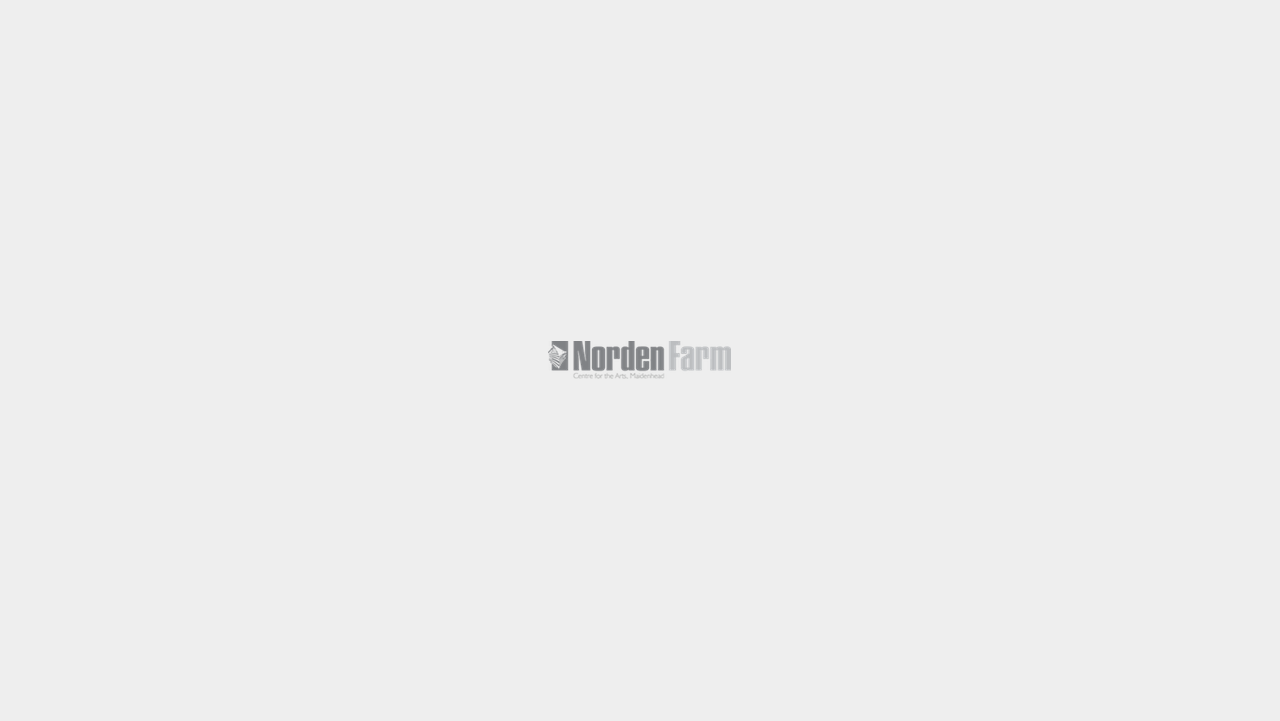 In 2013, funded by an Arts Council initiative, grants for the arts, Norden Farm commissioned an outdoor living sculpture by artist, Trevor Leat. His willow work, 'Family Circle' worked to the brief to 'delight and surprise' This uplifting work celebrates the power of the arts to bring people together and their capacity for joy. As the planted willow grows over the years the figures will look more and more as if they are growing out of the ground itself. As part of this commission, Trevor delivered workshops for local people and schools, sharing his will weaving skills and hopefully inspiring more public art as a response.

A History Of Norden Farm Centre For The Arts

The plan to have an artscentre in Maidenhead had been a long held dream. Lobbying for such a space had begun in the 1970's when a strong demand for an arts centre for Maidenhead began to emerge. Maidenhead Arts was set up in 1978 as an umbrella organisation of local arts groups committed to this vision.

The site had been received by the RBWM Council as planning gain for housing development on the farmland in 1992, and the first Norden Farm Board raised funds from the Foundation for Sport and the Arts to develop the buildings and build a small scale theatre (where the current studio lives today) starting work in 1994.

Following an intensive and detailed design and public consultation phase, planning approval was granted in September 1997. The Arts Council carried out a full assessment during autumn 1997, prior to an announcement of support and approval for the finished scheme with a Lottery award of £5,295,000 in January 1998. The assessment changed the original vision for Norden Farm. In order to receive lottery funds, the design needed to change to a much larger arts centre plan that would serve the wider community and be able to present a larger range of professional touring work. This meant that a new theatre, now known as The Courtyard, with a 280 capacity, joined The Studio theatre, with a 100 capacity, together with other spaces.

The final design stage of the project was completed in late 1998 and Norden Farm Centre for the Arts finally opened its doors to the public on the 17 September 2000 with Director, David Hill at the helm.

Today, Norden Farm presents a performance and participation programme of film, theatre, music, visual arts, comedy and classes. It is also a venue for conferences, seminars, meetings and social functions.

The new design for Norden Farm, had a radical plan to incorporate visual artists into the design team from the outset, ensuring that art was literally at the heart of the arts centre. At the same time, a poet in residence was also commissioned to articulate the process.

(quote here from the poetry pamphlet..?)

Five contemporary visual artists were commissioned by Norden Farm Centre for the Arts, Maidenhead to work as part of a multi-disciplinary Design Team on the redesign and extension of the Centre's buildings. Julia Manheim was appointed as Principal Consulting Artist (PCA) to work at the early concept stage with the Design Team, and four artists, Hans Peter Kuhn, Liza Gough Daniels, Anna Heinrich and Leon Palmer were subsequently recruited. The artists were invited to develop proposals for new works to be integrated within the interior or exterior of the newly designed and re-constructed arts centre. As a result of the design process, Manheim, Kuhn, Heinrich and Palmer created a collaborative piece, Deep Theatre, a multi-media installation incorporating live and recorded video and sound. Liza Gough Daniels contributed two major integrated and connected works: Curved Landscape, a series elliptical public meeting spaces which visually connect the outer courtyard with the interior foyer; and Poured Wall, a major wall painting in the Centre's foyer/bar area.

The collaborative work Deep Theatre focused on a particular site to which each of the four artists had been drawn; a void in the centre of the building, adjacent to the subterranean auditorium. The complex audio visual installation is sited within this space and is viewed through a narrow illuminated opening which runs at eye level along eight metres of the wall of the staircase leading down to the theatre. The viewing slot reveals a wide gauze screen, stretched across a white chalk wall, onto which five views of the building's interior and exterior are projected side-by-side as one seamless architectural panorama. A series of horizontal white lines - apparently scattered across the site - join to form a single horizon line spanning all five images when viewed through the slot. At regular intervals the video images fade down and fibre optic lighting fades up to reveal the wall of chalk excavated from the site during construction. The images are transmitted live from fixed viewpoint cameras and sequenced together with a mix of live sound collected from around the building, and pre-recorded ambient sound/music. The fusion of real-time and recorded elements, and the visual play that brings the sites together within one viewpoint, create a theatrical interpretation of the site, and reference theatre's requirement of the suspension of disbelief.

Abstract painter, Liza Gough Daniels, was appointed for her particular strength in use of colour. Although unable to attend all of the workshops, she worked within the offices of AftA, and worked closely with them on two major interventions. Curved Landscape encompasses a series of open spaces designed to create a visual flow from one area of the site to another, offering spaces for people to meet and to linger. The work's elliptical form pierces the exterior wall, connecting the outer courtyard and the inner foyer area; the new arts centre and the land of the earlier farm. In the courtyard an arcing retaining wall divides two floorscapes of coloured gravels on split levels, creating an informal seating space. Exterior slate paving adjacent to the building, continues uninterrupted into the foyer. A monumental 4 metre high curved concrete screen signals the entrance. Reminiscent of a theatre flat, the screen is painted in two horizontal bands of duck egg blue, introducing a sense of fluidity; a suggestion of sky, and/or of water, to the built environment. Poured Wall saturates with colour the long curving wall at the back of the cafe/bar from floor to ceiling. Four poured columns of intense milky white paint appear to float above an earthy red iron-oxide plaster ground. The painted columns echo the four Silver Birches of the courtyard and the columns of the portico of the original farmhouse.

about 8 hours ago @UptonTransition Thank you so much for joining us!

about 8 hours ago RT @UptonTransition: Transition children had a lovely trip out @nordenfarm to watch Kipper’s Snowy Day. A fun way to end up our week. ❄️ …

about 8 hours ago @eton_preschool Thank you so much for joining us!

about 8 hours ago RT @eton_preschool: We had a fantastic visit to @nordenfarm to see #kipperssnowyday today. Thanks to all who helped and to the children wh…

about 8 hours ago RT @redkitedays: Find all the best family #Christmas #events in #Berkshire in the bumper Red Kite Days guide. https://t.co/tzNjHRfjZx @nor…

about 11 hours ago Tonight (Tues) is your last chance to catch psychological thriller Last Night in Soho on our big screen! The latest… https://t.co/HpGhadDT0D

3 days ago How's your Christmas shopping going? Our Gift Vouchers are the perfect gift for anyone who loves to catch a show, g… https://t.co/sPnRnfcTwN

3 days ago 'Kristen Stewart is masterful as Diana in this thrillingly gutsy, seductive film' ★★★★★ The Telegraph Spencer (12A… https://t.co/tNVRdPJwNR

3 days ago There are just three days left to support us in The @BigGive #ChristmasChallenge21 - and see your donation doubled… https://t.co/s34lwYTlei